Be Notified About Upcoming Virtual Meetings 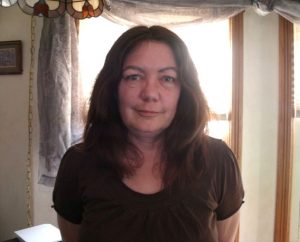 Your entire life and future can change in just an instant. You can be planning your next week, month or even a new career, feeling sure that you own tomorrow, when the bottom falls out. The bottom fell out of my life on March 29, 2001. On that day I was diagnosed with poorly differentiated signet ring adenocarcinoma of the appendix. There was no going back to the day before, and suddenly the tomorrow I had always taken for granted was dreadfully uncertain. In an instant my “normal” life was gone.

As is common for this particular cancer in females, mine was discovered while I was undergoing surgery for a “female” problem, uterine fibroids. I’d been having periods of abdominal pain, a fact I hadn’t shared with my doctor. I’d hoped it was somehow related to the fibroid problem I knew I had, so decided to have that problem corrected. During laparoscopic surgery for the fibroids, my surgeon discovered a ruptured appendix; it had been ruptured for awhile. The ruptured appendix was noted to have a mass and was removed laparoscopically via a plastic bag during the surgery. A frozen section identified the mass as malignant. I was in the hospital for a few days on antibiotics while my physicians tried to decide what treatment was indicated for my very rare cancer.

While discharged and awaiting my first oncology appointment, I embarked on research into my particular cancer. As a nurse I’d always had a fascination with rare diseases. I’d previously done research for colleagues who’d had family members diagnosed with rare disorders. Now the rare disease was my own.

The little information published about signet ring appendiceal cancer was dismal. In one published research document, survival statistics for the different varieties of appendix cancer were listed. The numbers weren’t great for any of them. Under the heading for signet ring appendiceal cancer in the first document, though, there was no percentage listed for survival, just the word “poor”. Did that mean the actual number was lower than all of the numbers listed for the other varieties? Or, maybe, did that mean the number was zero?

Next in the medical literature a graph documented signet ring appendiceal cancer survival. The line representing survival nose-dived until it leveled off at around 10%…it appeared signet ring appendiceal cancer was statistically about 90% fatal. The literature also stated that there had only been 70 documented cases of signet ring appendix cancer in 25 years. Was there anyone who might know how to treat me? Was there any hope for me at all? I was married and my kids at the time were 10 and 11 years old. I desperately needed to stay alive. The worst thing a mother could do, I felt, was to abandon her children. The worst thing a wife could do, I knew, was to abandon a husband to raise their children alone.

My husband went with me to my first oncology appointment. For a moment while he was out of the room, I asked my oncologist to level with me…what was my prognosis? I was a medical professional, she could be honest. She only said two words “very poor”. She said signet ring was a very aggressive cancer. Because of the rarity of my cancer, she suggested I seek a second opinion with a surgical oncologist at a hospital in a major city, Chicago, near our home. I made the appointment and as requested, I faxed all of my medical information including surgical and pathology reports to the surgical oncologist. I was to see him in another week.

My husband and I were out the next day, and when we got home, a message on our answering machine verified that the medical information had been received. The message said that in light of the faxed reports, they could “save me a trip” to their facility, they had no treatment to offer me. Though I had a clean CT scan of my abdomen, chest and pelvis, they felt that my abdomen was already seeded with signet ring cancer cells that would soon grow to fill my abdomen with tumors due to the rupture of the appendix. They could offer me no hope, no treatment. I’d recovered from the first surgery and felt great. Was I in fact dying?

Now I did research like my life depended on it…and it did. There had to be something, some treatment to at least try. I read of a place in the U.S. that did “debulking” surgeries, surgeries that removed all tumors found in the abdomen along with possibly many organs that might be involved. During surgery heated chemotherapy solution was poured into the abdomen and circulated in an attempt to kill remaining cancer cells. I located another facility 700 miles away in New York City, Memorial Sloan-Kettering Cancer Center. After evaluation, I was accepted at MSKCC for treatment by surgical oncologist Dr. Philip Paty. He’d been part of a group of MDs from Sloan-Kettering who had just published a study “Surgical Debulking and Intraperitoneal Chemotherapy for Established Peritoneal Metastisis from Colon and Appendix Cancer” . Overall 5 year survival in the study was 28% using their treatment. Those odds sure beat the ones I’d been given to that point. I’d been given no hope at all.

I had the debulking surgery, which was successful in removing additional small tumors in my abdomen that hadn’t shown up on the CT scan. My cancer was given the designation Stage IV. I had peritoneal chemotherapy administered directly into my abdomen beginning the day following my surgery and for several cycles thereafter. After the peritoneal chemotherapy, I began treatment with a combination of three IV chemotherapy drugs. I was so excited to finally have tools with which to fight the cancer. A chance, any chance. I was grateful for the surgery, I was grateful for the chemo. I was even grateful for the few chemo side effects I experienced, it meant to me that the chemotherapy was a powerful ally.

I finished IV chemotherapy on January 22, 2002 , almost 10 months after my diagnosis. I then lived in the limbo of cancer follow-up testing. For a long time, the living in limbo was more difficult than the months of treatment. There was nothing to do but to wait to find out where I would fall on the survival graph, if my outcome would be better than “poor”. I always felt the bottom could fall out of what I now knew to be my fragile existence at any moment. I lived from CT scan to CT scan not sure if it was safe to plan a future. I’d been told my cancer had an 80% recurrence rate in the first three years.

I’ve just reached the 15 year anniversary of my diagnosis cancer-free. My kids, who were my staunchest supporters with notes, cards, gifts, prayers and hugs, are now adults. I’ve lived to see my kids graduate from grade school, enter and finish junior high, high school and college. I attended my youngests wedding. My husband and I celebrated our 29th anniversary last year. My best friend, who has been my lifeline to sanity for the past 20 years, has seen her eldest son graduate from high school and college. I was able to witness my parents 50th anniversary. I’ve watched flowers bloom in the spring 15 more times, celebrated 15 more of my kids birthdays and I’ve enjoyed 15 more Christmases. I have been able to rake leaves and shovel snow for 15 more seasons. I’ve done my taxes 15 more times and celebrated even that…so may gifts.

Now my struggle is to find purpose in my survival; to make use of it, to make sense of it. I’ve been in the “cancer community” for 15 years now…I’ve known of many who have not reached this milestone.

I don’t see myself as a survivor only because of the terrific medical care I received from every medical professional who treated me….and I did receive terrific medical care from many medical professionals. I had to travel 1400 miles round trip multiple times to receive some of that care. All of my flights to and from were paid for by friends and colleagues, many I had not even met personally. One stranger left an envelope with a large donation in a card under the wiper blade of our car in a church parking lot….an anonymous gift. Someone else I’ve never met sent me money they had planned to tithe to a church.

I received books and cards and letters from strangers that gave me hope when I was diagnosed. One of my sisters paid all of our hotel expenses when I traveled, another bought me a better cell phone so I could talk to my kids when I was out of town for treatment. My mom